The Significance of the Black Virgin

Darkness is the one true actuality, the basis and the root of light, without which the latter could never manifest itself, nor even exist. Light is matter, and darkness is pure Spirit. 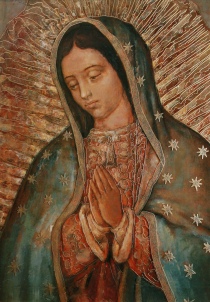 Lady Guadalupe Mother of the Americas

She was introduced into the Catholic Church during the times of the Crusades. Where she was found in the Middle East as a primordial goddess that often was primitively made, but was bought into the Church and ornamentally dressed like a Queen in silk embroidery, golden crowns and scepter.  Some images like our Lady of Prague bears a scar. This scar has great significance for it is the wound of humanity, our unconscious behavior and how we deal with the natural environment, our sexual behavior,  our relationships with the collective whole which  includes humans, plants, animals, and our natural resources.   She is the Holy Mother arch-type of death, sex, birth, and transformation.  She is loving awareness that has been brought into the very atoms of matter.  The following is something I wrote about the Black Virgin: 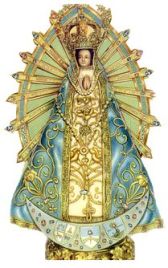 Our Lady of Argentina

“The fires of human experiences blacken the face of the Black Madonna: birth, death, love, sex, betrayal, joy and pain. She has walked through the lessons of human experiences and realized the essence of herself. She walks through the fire and comes out smiling for she has digested life’s lessons fully. I am black but beautiful, it says in the Songs of Solomon, one of the most erotic love poems written between bride and the bridegroom. This was the Sacred Marriage between King Solomon and the Queen of Sheba.  The Black Madonna is a metamorphosis of different ancient goddesses: Isis, Cybele, Persephone, Ceres, Artemis of the Trees, Kali of India in the form of Parvati, the Mother Earth, Aphrodite, Bona Dea, known as the Good Goddess in Europe, Bridget and Vestia, the keeper of the sacred fires. Many of the Black Virgin sites are actually built on ancient Goddess temples.   Where have these statues come from?   Some of them have been brought back from the East during the time of the Crusades. Other statues have mysteriously been found when a field was plowed, or hidden in the hollow of a tree, or found in the blackberry brambles. Some statues have arrived in oarless boats, offering themselves freely to the town’s people. Our Lady Guadalupe, also considered a Black Virgin, miraculously appeared on the robe of Juan Diego. She is called the Mother of the Americas. She has an offering shrine here in Paris in the Cathedral of Notre Dame.   Each holy site has its own story and often seems to be connected to the Ley-Lines, holy wells or fresh water springs, great mountains or dark, fertile forests. Saints down through the ages have used these sites to gather power and vision for their work. Joan of Arc of Orleans went to mass daily and prayed before a Black Madonna to gather strength before going into battle. St. Bernard had visions of drinking the milk from a Black Madonna breast. He was also known to be a great mystic, who also understood the secrets of nature.” quote from “Mystic’s Journey to the Sacred Sites of France” Raylene Abbott 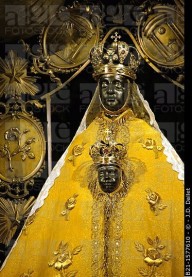 Humanity has come to the point in history that each one of us individually need to become more Aware of our unconscious program.  We are destroying the very web of life on this planet. Working with this arch-type of the Black Madonna can act as a doorway of awareness to aid in our Awakening.  The Black Virgin is the Ecology Goddess of our present day.

The Black Virgin includes the  embodiment of  the eros aspect and deep passionate love. But this aspect of love actually uses a passionate relationships to awaken into loving awareness  and transform our unconscious programs into loving kindness.

The Black Virgin will teach us ways of how to consciously birth our children. And how to rebirth our self into a Spiritual Being living in Human form, that does not deny their humanness. She will teach us how to die fearlessly allowing this temporary vessel to return to the gravitational pull of Mother Earth. The Black Madonna will remind us of our Pure Essence that return to freedom of Infinite Cosmic Consciousness at the moment of our death.

She will gives us the tools of Awareness of how to transform the unconscious programs past down from one generation to the next that leaves our families, our children repetitive pattern of suffering.  It is not through repression or denial of these patterns but it is through our awakening, transforming into deep understand that brings  loving awareness heals the wounds of our family lineages and returns the flow of love in our family lines. This is not going to happen over night but as each one of us begins to do their part in this Great Transformation that is taking place at this point in history on Planet Earth. It will first be a ripple then a wave of Loving Awareness that will make great change for the future generation. Do not lose hope in the face of Darkness for all Light will born from the Dark. 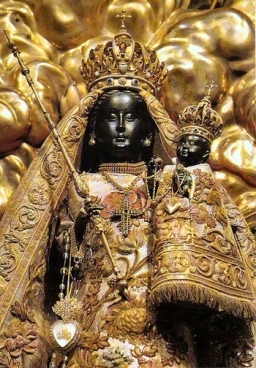