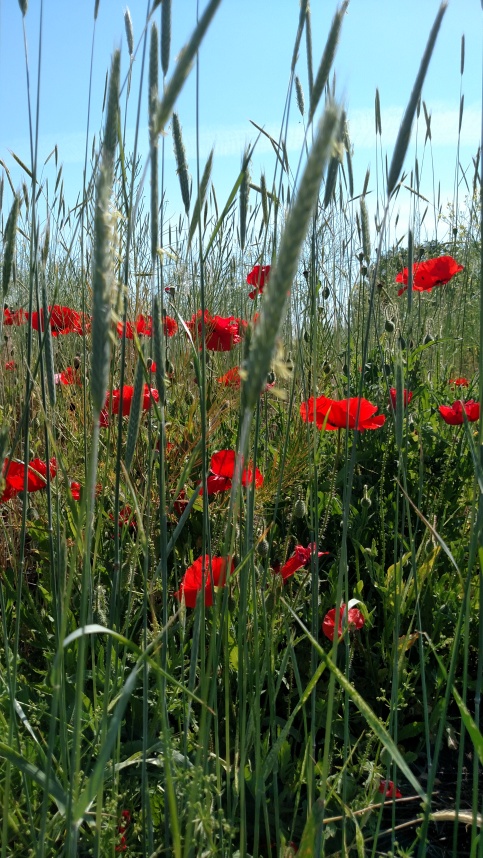 I was driving on the back roads today and outside the small town of Gazelle I came across a patch of poppies and wild rye. This is not something I see often here in Northern California but is a familiar site living in the South of France and Northern Italy. Poppies and Wheat represent the mother/daughter Goddesses Demeter and Persephone.

Most of you must be familiar with the myth of Persephone being drag into the underworld by the God of the Underworld Pluto. Persephone’s Mother, the Earth Goddess, Demeter,   was besides herself searching for her daughters wheres about. All the vegetation of the Earth began to die and the Gods became worried that all of life would disappear and something needed to be done. The Mercury , the God of Communication, brought a message to Pluto saying he had to let Persephone go so that Demeter would not destroy the Earth because of her grieving for Persephone. Pluto gave into the Gods request but because Persephone had eaten six pomegranate seeds she would have to return to the Underworld each year for six months.  A little side note, pomegranates are the symbol of the womb and six is the number of Aphrodite.

But what does this myth hold for us in our lives today may be the bigger question? We all have been dragged down to the underworld of our unconscious emotional bodies. Those memories below the belt that are left hiding waiting for our awareness to redeem  lost parts of ourselves.  Maybe we are pull down into the underworld by death, sex, or deep grief. This is the territory of Pluto/Peresphone.  It is through our awareness and gentle tending to these parts of ourselves we can bring them into the light of day for transformation.  Mercury becomes the messenger of the Gods to Pluto pleading for Persephone to return so that the Earth can be restored again. It is the communication we have with our conscious heart/mind to our own emotional body that brings us redemption. And it is Mercury with his healing caduceus staff that  brings the medicine for our transformation and integration of our unconscious and conscious parts of ourselves. This is the great work! There is a quickening on the planet right now for us to step into this work not only for our relationships, families and friends but for the survival of our planet. We all are being ask to awake up and question our behavior, our choices and our attitudes and make changes.  What we do individually to bring  positive change in our conscioussness has it effect on the greater whole. And just as Persephone rose from the land of the dead the world became renewed. 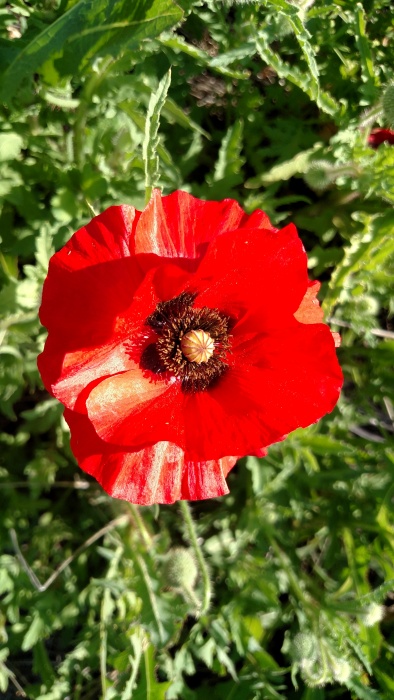 Note: Rye and poppies were some of the offerings of the Greek  Eleusinian Mysteries which  was connected to the Demeter and Persephone myth. Initiates were sworn to secrecy when they part took of these rituals. An interesting note is rye develops a type of fungus called ergot.  LSD of the sixty is a deviated from ergot fungus.  Some species of poppies by product is opium.  But maybe it was not the hallucinogenic plants that made the initiates of the Eleusinian Mysteries so secretive but the vulnerability of what happens when people open up to their unconscious mind to heal the deeper wounds of the human psychic. And to do such a thing the ego has to be dismantled so one can hear the voice of their soul.

I do not recommending the use of Hallucinogenic drugs.