Once upon a time there was a princess who was lost in a dense forest. She couldn’t tell the forest from the trees. One day she heard about a Buddha Pond where many Enlightened Ones had gained their awakening. She continued on her journey and one day she came to a clearing in the woods and there was a crystal clear pond. She sat down beside the

pond and looked deeply into the water. It was the first time she saw
her own reflection. All of a sudden the constructions of her mind
began to explode. Her thoughts fell like leaves from the trees and in their place lotus flowers began to grow. She looked into one of the lotuses
and all that was left was the Clear Blue Sky.

Enlightened Ones. And she could embrace the Dharma like hollow bamboo

There were many female Bodhisattvas down through history who were not recognized. Some gained their Enlightenment lighting butter lamps in
the temples. Others gained their Awakening offering flowers to the
Great Ganga. There were those who fed the poor and the hungry, seeing themselves in everyone they served. When their lives were over they returned to Essence, not leaving a trace behind. They did not have the need for recognition, for they had realized the emptiness of the self.
Raylene Abbott paints in the medium of Chinese Ink and Xuan paper. Her paintings are then sent and mounted on silk scrolls in China. She uses red Chinese seals that either are craved with her artist name Lin Guan, “The BUDDHA LIGHT BETWEEN THE WATER AND THE CLOUDS” or they are leisure seals that are craved with poetry. She is also a performing Artist that writes poetry and dance for each one of her paintings. Her paintings are an expression of both beauty and awareness for the viewer. 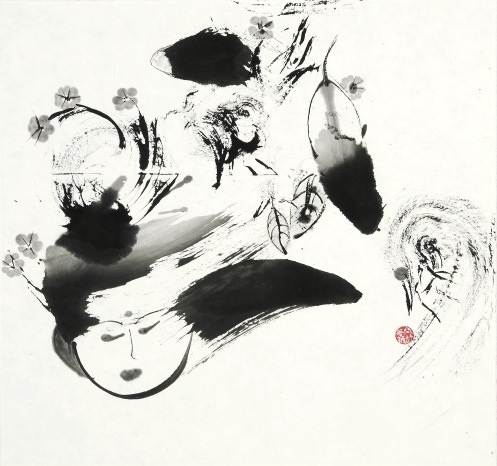 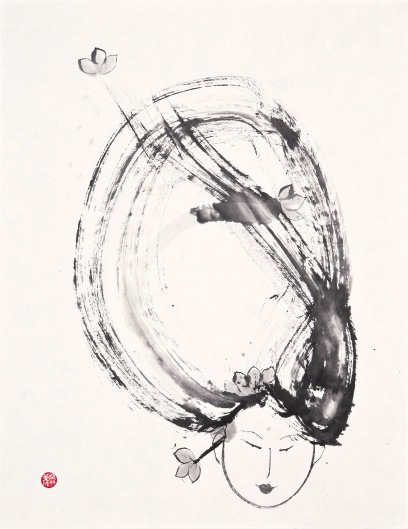 Flight of the Bodhisattva

Raylene also performs Chinese Tea Ceremony and does Flower Arranging along with her exhibits.

For further information about paintings prices or exhibits