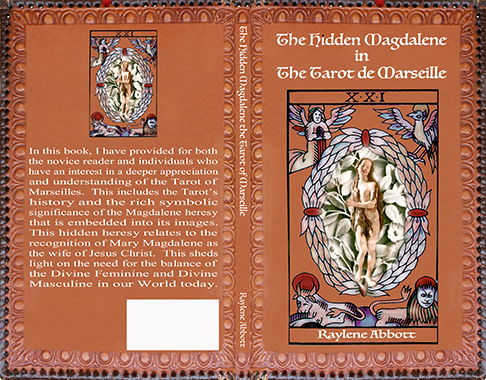 My New Book
The Hidden Magdalene
in the Tarot de Marseille

Below is sample from the book

The Tarot of Marseille was purposely past down through the Royal Courts of Europe as a card game, and for those who had the eyes to see, could extract this hidden Magdalene heresy, so it would not be forgotten.

This heresy was well known in the Courts of the Troubadours in the Province of Languedoc. A coded language was spoken that used multiple puns, double entendre in their songs, poetry and verse. This language was called by different names such as the “Language of the Birds,” the “Green Language,” “langure verte” or “Twilight Language”. Legend says that this language was understood by King Solomon and his dark skin consort the Queen of Sheba. This “pun language” can also be found in the Tarot of Marseille.

Decoding the Tarot of Marseille

In the following, I share my insights and revelations as they relate to my decoding of the Tarot Marseille. In this sharing, I elaborate on the meaning and significance of heresy symbols from the Tarot Marseille deck, not the traditional meaning of the Tarot. Sometimes this is done with one card, while other times it is done with the juxtaposition of two or more cards; a juxtaposition that ultimately reveals the more encompassing and deeper hidden messages.
The Tarot of Marseille used in the book.

There have been different publications of the Tarot of Marseilles that have been reproduced in Europe down through the ages. For my purpose here, I will be using the Major Arcana of the Tarot de Marseille by John Noblet, that has been re-created by Pennie Mc Cracker of “Endless Skies”. Her website is Here if you would like to purchase a deck. Pennie used the original version of the Marseille Tarot, which was published in Paris in the year of 1650, by master card-maker Jean Noblet.

I have also used Claude Burdel’s Tarot to illustrate this book. Burdel’s tarot deck was made in Switzerland in the year of 1727, which originated from Hand-colored woodcuts. This Tarot deck was gifted by Carl A. Weyerhaeuser to the Minneapolis Institute of Art. I would like to thank Minneapolis Institute of Art for the curtesy of allowing me to use these woodcut images from their archives.

Pennie McCracken beautiful Tarot de Marseille
Is what I have used to decoded this book.